Gina’s grand-father, Sir Malcolm Campbell was born in Chislehurst, Kent in 1885, the only son of William Campbell, a Hatton Garden diamond merchant.

When he finished his schooling at Uppingham School he went to Germany, where he gained an interest in motorbikes and races. Returning to England, he worked for two years at Lloyd’s of London for no pay, then for another year at one pound a week! He made money at Lloyd’s by being the first person to realise that newspapers needed libel insurance. (They certainly need it today!)

Between 1906–8, he won all three London to Lakes End Trials (motorbike races). In 1910 he began racing cars at Brooklands but when The Great War broke out he used his love of motorbikes to set up a military regiment using motorbikes as transport. He served in the Queen’s Own Royal West Kent Regiment himself and in the RAF. 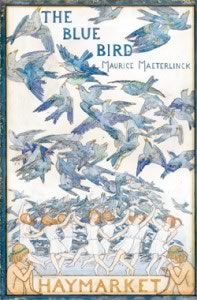 He christened his car Blue Bird, painting it blue, after seeing the 1909 play The Blue Bird by the Belgian playwright, Count Maurice Maeterlinck, at the Haymarket Theatre in London.

He was so inspired by the play’s theme that, on the way home from the theatre, he woke the local ironmonger and bought all the blue paint in the shop. In the small hours of the morning, he painted his racing car, naming her “Blue Bird”. With the paint still wet, he drove down to “Brooklands” race circuit in Surrey, England and won his very first race.

Malcolm Campbell married Marjorie D. Trott in 1913 but divorced two years later. He subsequently married Gina’s grand-mother, Dorothy Evelyn Whittall, in 1920 in Westminster. Their son Donald was born in 1921 and Gina’s aunt, Jean, was born in 1923. Malcolm Campbell was knighted in 1931. Some years later, he divorced Gina’s grandmother in 1940 and married Betty Nicory in August 1945 in Chelsea.

He died after a series of strokes in 1948 in Reigate, Surrey, aged 63 years. He was one of the few land speed record holders of his era to die of natural causes, as so many had died in crashes. His versatile racing of different vehicles made him internationally famous.

Some photos from Gina’s family album: 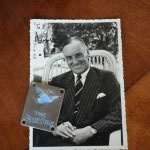 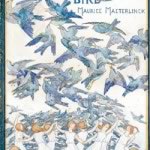 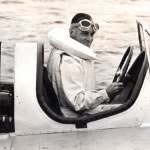 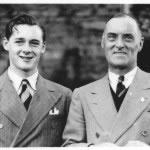 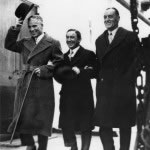 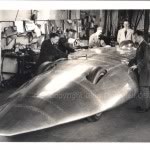 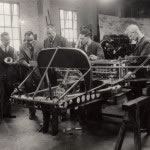 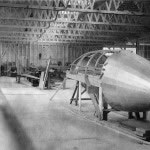 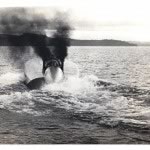 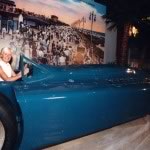